Brittany Dogs are medium-sized gun dogs originally bred for bird hunting. These dogs feature a beautiful coat that comes in various color combinations. They also have docked tails, while few don’t have tails.

These are hyperactive dogs that are also perfect for families. They have a sweet and gentle temperament when it comes to children and other pets. However, this dog is not ideal for everyone. Brittany dogs have high exercise needs, and they need someone who can give them a lot of attention.

If you’re looking for an all-around hunting partner, Brittany dogs are just that. They love outdoor activities, and they love being with people, especially if it’s their humans. 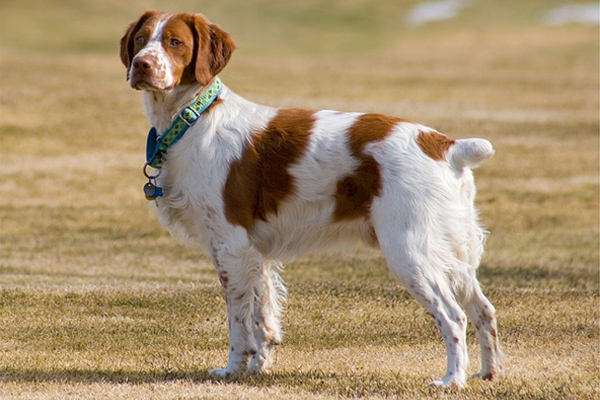 The origin of Brittany dogs is unclear. However, the earliest records of the Brittany dogs’ existence goes way back to the 17th century in paintings and tapestries.

It was only in the mid-1800s when Brittany dogs we know as of today started showing up in Brittany (the area they were named after). It was believed that Brittanys were formed through a crossbreeding of a white and mahogany female dog and a lemon and white male dog. Both dogs were made for hunting sports, and the breeding resulted in an all-rounder hunting dog.

The pups came out to have bob-tails and could hunt and retrieve. Local poachers immediately loved the breed, especially for their great speed, agility, and ease of training.

By 1907, the breed was finally recognized in France. Most even transitioned from being field dogs to being show dogs. And though they’re popularity grew in France, they didn’t reach the US lands until 1931.

By 1934, the first Brittany was registered under the American Kennel Club. They were originally called Brittany Spaniels. However, for years, breeders have debated on having the “spaniel” term removed as the Brittany dogs are pointing dogs. By 1982, the AKC finally dropped the word Spaniel from the name.

Now, there’s no stopping the worldwide popularity of the dog breed. It remains a pride that Brittanys are the world’s most versatile bird dogs. 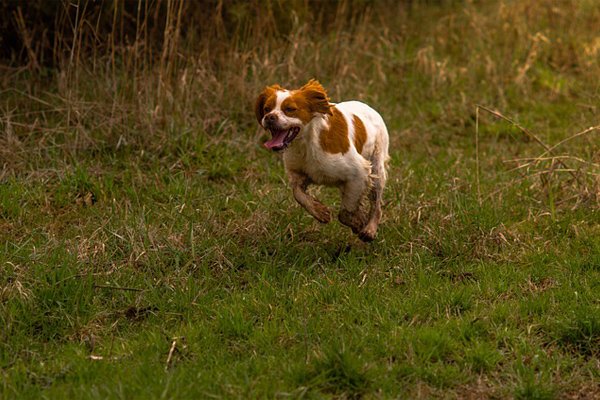 The American Kennel Club loves to describe Brittanys as bright, fun-loving, and upbeat dogs. In other words, they are highly energetic.

This breed is the perfect hunting partner. However, if you don’t hunt but love going on outdoor adventures, you can bring the Brittany dog with you. He thrives on an active lifestyle and would surely love to go hiking in woods, walking, running, or even playing fetch.

But, even with their hyperactive nature, Brittanys are also known to be soft dogs. They are highly sensitive and would be closer to you if you talk to him in a light and calm manner. They don’t do well in a loud and tension-filled environment. So, when training him, make sure not to do it harshly.

They love people, and their best place is beside their humans. They are known to be sweet to children, so you have nothing to worry about if you have kids.

However, because of their love for human companionship, they shouldn’t be left alone for long periods. They are prone to separation anxiety. And boredom can lead to excessive barking, chewing off things, and hyperactivity.

What’s even great with Brittanys is that they are polite and gentle, even with strangers. Plus, they remain peaceful even with other pets. However, to achieve this, Brittanys would need early socialization.

They are pretty easy to train, so this won’t be a problem at all. You can provide them with obedience training, and they comply easily. 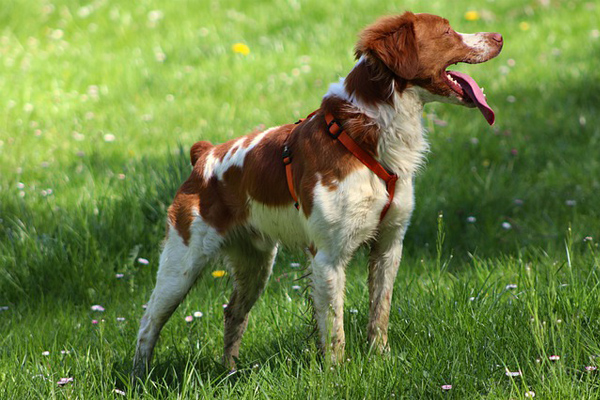