As their name implies, pointers were bred to point birds and small game animals such as rabbits. The Pointer dog stands at the height of 23-28 inches and is easily recognizable with its long head and pointed tail. They feature a short, smooth coat that comes in several colors.

Pointers are great dogs for hunters, but they make excellent family companions too. With their high energy, they need to stay active, which means lots of exercise every day. This might be overwhelming for first-time dog owners.

For those who are up for that challenge, know that Pointers will not only be your pet. Pointers are also true and loyal friends. 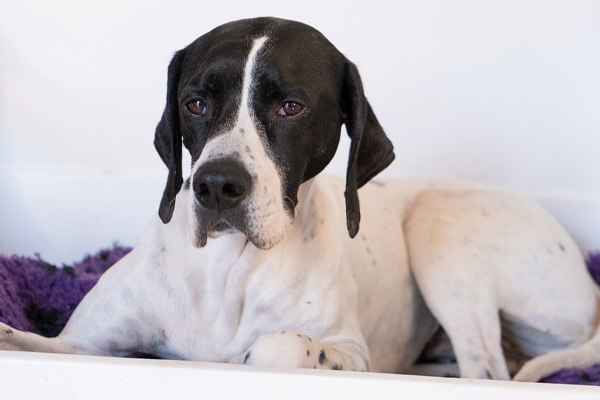 Pointers were developed around the 1600s in Europe. Their name says it all! These dogs were created to locate and point hare, which were ten chased by greyhounds.

The name pointer was derived from the usual pose the dogs do when they catch the scent of the game (birds or rabbits):

Heads are lowered with their nose pointed towards the direction where the game is. Their tails are held in a horizontal direction. And one of their legs is raised with the wrist bent as if pointing.

Hunters follow the direction these dogs are pointing at to catch the game. Because of this, Pointers became known for their impressive skill of pointing and tracking that they have become preferred dogs of hunters by the next century.

It’s unknown how the Pointers reached the US, but there are theories that early colonists brought them. The earliest record of the breed in the US was Sensation, a Pointer imported from England in 1876.

Sensation became the emblem of the Westminster Kennel Club by 1877. Two years later, the American Kennel Club recognized the dog breed. Now, Pointers rank 114th as the most popular dog in the US.

Pointers are generally loyal, hardworking, and even-tempered dogs. Their temperaments can range from being competitive and independent to being fun-loving and mischievous. They are also very protective of family and property, which makes them excellent watchdogs.

True to their hunting origins, Pointers are known to be very active dogs. They work well with people, but their high-energies make them best paired with active owners who can give them enough exercise until they’re satisfied.

Pointers may become restless when bored. It’s also not recommended to confine them or leave them alone for long periods. This may bring out destructive behavior, which is usually through chewing or barking.

You may know by now that Pointers are not suitable for apartment or city living because of their high exercise requirements. They are also known to be gentle dogs for children, work well with other pets, and friendly with strangers.

Socialization is vital to make them more well-rounded dogs. They can also be a bit stubborn and sensitive, which may make training a little bit challenging. 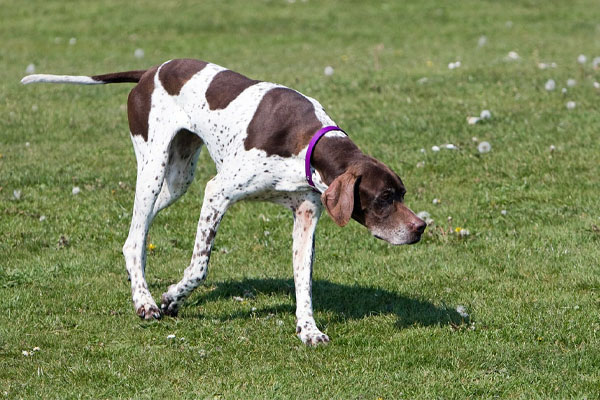 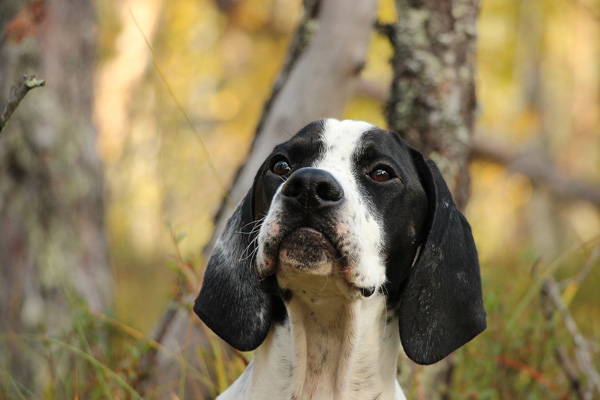 Sensation: The first Pointer recorded that was imported from England; the emblem of Westminster Kennel Club