Weimaraners are known for their silvery-gray coat that sometimes makes them disappear if they walk too far. This earned the Weimaraner the name “Gray Ghost.”

Weimaraners feature a compact body built for long work. They have strong heads, hound-like ears, and amber or blue-grey eyes. Their overall features scream of grace and beauty, making anyone’s head turn if they pass by. No wonder that they first became known through their beautiful photographs.

This dog breed is not for everyone. They are great family dogs, even for those with kids, but they need a family who would be able to provide them with their mental and physical needs. 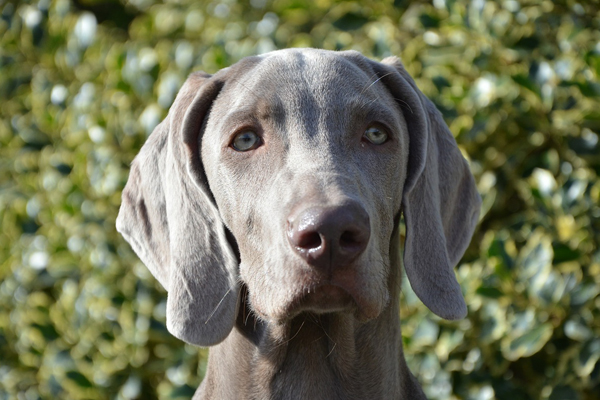 The origin of the Weimaraner can be traced back to the early 19th century. They were developed at the Weimar court in Germany, where their name came from.

It’s believed that during that time, German noblemen wanted a hunting dog that’s brave, intelligent, had a keen sense of smell, fast, and strong stamina. Added to that, they also want one that would stay close to their humans during hunting or even while at home.

So, by crossbreeding several dogs, the Weimaraner, previously called Weimar Pointer, was created. Unfortunately, there were no records on file as to what dogs were used for breeding them.

Because of the success of the breed, an exclusive club in Germany was formed in 1897. The members of this club own a Weimaraner, and you would have to be a member if you want to own one. This is to preserve the breed’s standard.

By 1929, an American sportsman, Howard Knight, joined the club and was allowed to bring two Weimaraner dogs to the US. But, because the Germans were so protective, they ensured the two dogs were neutered so as not to form any breed. However, this did not stop Howard from acquiring a foundation to breed a Weimaraner.

It was only ten years later when he finally succeeded, and in 1942, a Weimaraner American Club was formed. It was also in that same year when the American Kennel Club recognized the breed. And the following year, the Weimaraner made its first appearance in the Westminster Kennel Club Show.

By the 1950s, the Weimaraner’s popularity rose as a pet and hunting dog in the US. Some celebrities and even President Eisenhower surely loved the breed. But the person most responsible for their recognition is photographer William Wegham who shared pictures of his Weimaraner portraying daily lives of people. 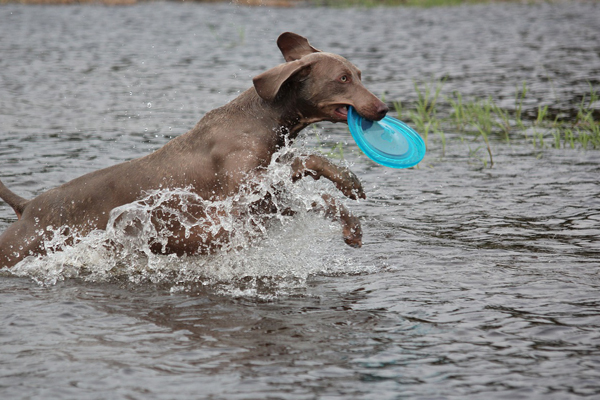 Weimaraners are generally friendly, fearless, and obedient. They are a great combination of family and hunting dogs.

As highly-energetic dogs, they can work all day tirelessly. This is the reason why they need someone who would be able to meet their demanding exercise needs. If not entertained well, they can become destructive. He will bark endlessly, chew off some furniture, dig holes in your yard, or, worse, try to escape.

But, if they’re able to expel their energy, they become excellent family dogs. They are even great playmates for kids. Another term often used for them is “velcro dogs” because they get easily attached to their humans. They are also very affectionate and loving to their family.

When it comes to strangers, they tend to be reserved or shy. But expect them to stay alert and ready to protect you when the need arises.

They also tend to show dominance to other dogs, especially males. And when it comes to smaller animals, they can get predatory.

You need to give a Weimaraner some early socialization to control the bad temperaments. This way, they’ll get accustomed to strangers, other animals, and new sights.

Training is also a great way to let your dog know that you’re the leader and that he needs to follow you. And since they are also considered one of the smartest dog breeds, training might come easy. Approach them with the right attitude, and they’ll surely learn anything. 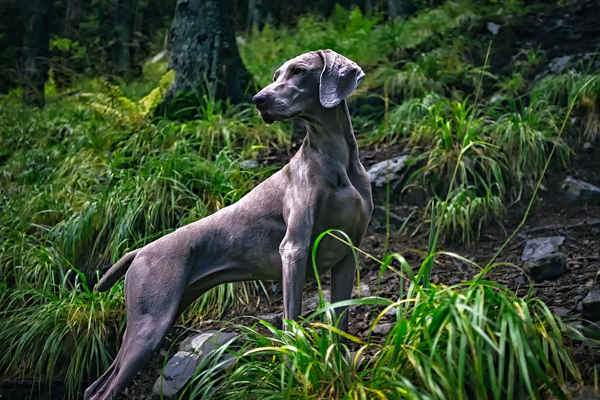