They feature large and expressive eyes, a moderate muzzle, long-hanging ears, and a docked tail. They also have long lips, which are, at times, prone to drooling. They grow to up to 20 inches in height, which makes them the tallest among Spaniel dog breeds.

However, even if they are excellent hunting dogs, Springer Spaniels also make excellent family companions. They love pleasing people, and they crave human companionship.

It was believed that these dogs were used for flushing small animals by springing and diving them into the open. This way, hunters will find it easier to capture them. When firearms were invented, the dogs continued their flushing game for shooters.

By the 19th and early 20th century, English hunters started classifying dogs depending on their hunting use. This was also the time when they named the dog breed English Springer because they were used in flush games.

It was in 1902 when the English Springer Spaniel was classified into a breed by England’s Kennel Club.

When 1913 came, a Canadian breeder imported the English Springer Spaniel. But it was not until ten years later that the breed became one of the most popular dog breeds under the American Kennel Club. During these times, the breed worked well as either field dogs or show dogs. But when the 1940s came, breeders decided to create two types. 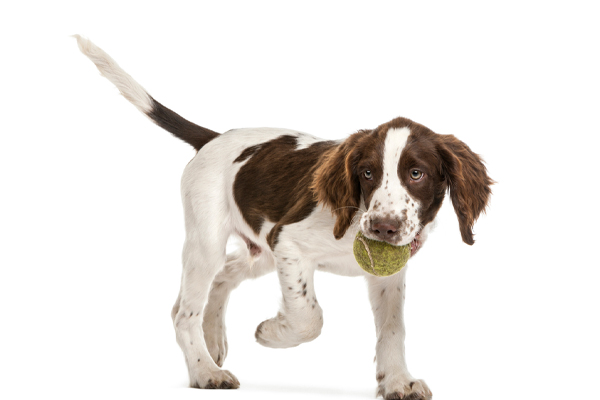 However, though they enjoy outdoor activities, they can also do well as indoor dogs. They don’t require a lot of activity to keep them entertained, because all they need is human companionship. They are people-pleasers, and leaving them for long periods can result in separation anxiety and bad behavior.

They are good with children but need the right supervision. With strangers, they can either be friendly or reserved. And though most of them are excellent watchdogs, they are not the guard dog type.

English Springer Spaniels should never be aggressive. If reports are shown of them exhibiting such behavior, this might be a result of poor breeding. This is why early socialization and training is highly essential.

Allow them to socialize with strangers and other dogs or animals while they are young. Expose them to different sights and sounds too so they can get used to different types of environments and will know how to act appropriately.

If not given the right socialization, they might show aggression with other animals, especially to dogs with same-sex. Don’t let them off the leash if your backyard is not fenced. These dogs were born to hunt, and they have the tendency to do so if left alone.

This is not a dog for everyone, especially if you’re a first-time dog owner. They require consistent training to ensure the best behavior. Plus, they need someone who can stay with them for longer periods to give them the attention they need. 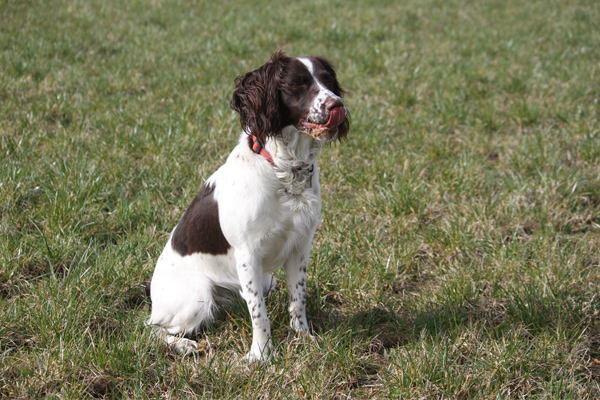