German Shorthaired Pointers are one of those breeds that fit the “noble” and “aristocratic” definition. They are best described as dogs having friendly dark eyes, a dark nose, and broad ears that lie flat against the head. The coat of a German Shorthaired Pointer is short with solid liver or liver and white patterns that give them that regal look.

As a versatile sporting breed, they can be both your hunting and family companion. They are the perfect fit for people who love going outdoors. They enjoy work and play, and if you have children, then there would be no problem as German Shorthaired Pointers are very friendly. 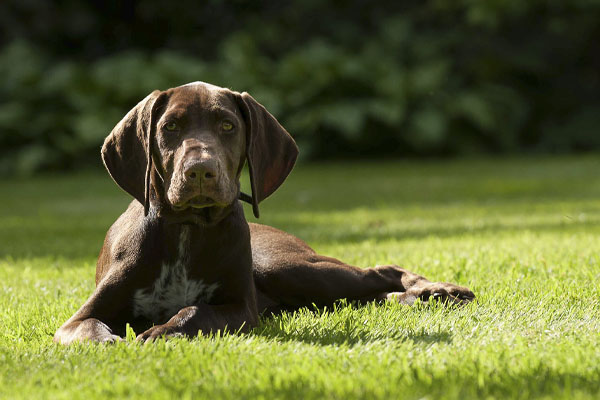 German Shorthaired Pointers were created in the mid- to late 19th century. However, early versions of their type existed way back in the 17th century. They were the result of generations of crossbreeding, and finally, German hunters were able to create the perfect multipurpose dog.

As a result of crossbreeding between Spanish Pointers and Bloodhounds, German Shorthaired Pointers are big houndlike dogs with a keen sense of smell. However, Germans don’t only want the hunting skills, but they also want to give the dog style, and elegance. So they imported Pointers from England to get the results they want. And they did!

They were able to create a hunting dog that can work well on land and water and has this elegant style surrounding them.

German hunters give credit to Prince Albrecht zu Solms-Braunfeld of the Royal House of Hanover that this breed was created. It was because of his encouragement of breeding that resulted in the exact dog they need – an all-around dog that is intelligent and a great human companion.

It was only in 1925 when a German Shorthaired Pointer was first imported. Then they started breeding them until the AKC recognized the breed five years later.

The German Shorthaired Pointer is a bird dog, duck dog, water and land retriever, has excellent endurance, and intelligent dogs. Indeed, it’s one of the most successful breeds that is even recognized in hunting events up to this day.

German Shorthaired Pointers are generally friendly, smart, and willing to please. They are super energetic and happy dogs who love being with their humans. Leaving them alone would make them lonely, and they might have separation anxiety.

They are perfect companions for those who love going outdoors. If you’re a hunter, a hiker, runner, or biker, German Shorthaired Pointers will surely love to accompany you with those activities. It also wouldn’t matter if you have a big family with kids because these dogs can get along with anyone.

German Shorthaired Pointers are family dogs, and with proper training, it’s best to let them stay inside the house. Locking them in a cage is not a good idea as this will result in barking, hyperactivity, and destructive chewing.

When meeting strangers, they can be friendly or reserved. He may bark if he is alarmed, but he will not attack. German Shorthaired Pointers are not an aggressive type of breed. They make excellent watchdogs because of their observant and curious nature.

To ensure that the best temperaments will come out, I encourage that you give this breed early socialization.

Expose him to different surroundings and encounters to make him more aware, lessening the surprise. Strolling him to parks or stores that allow dogs will be a great idea, too, especially that he gets to meet other dogs.

Training them is relatively easy, but it might require a lot of patience too. So if you have a lot of time to spend with him, love outdoors, and would like a dependable companion, German Shorthaired Pointers might be what you need. 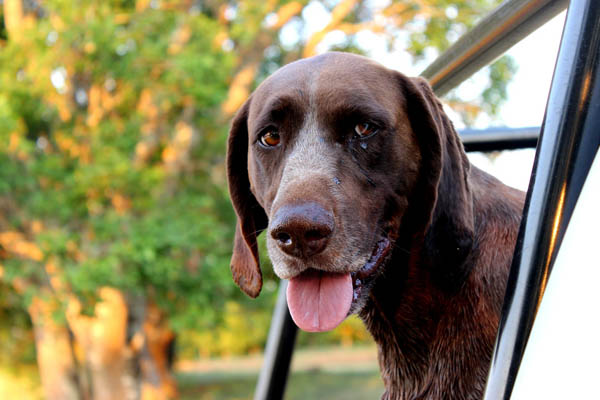 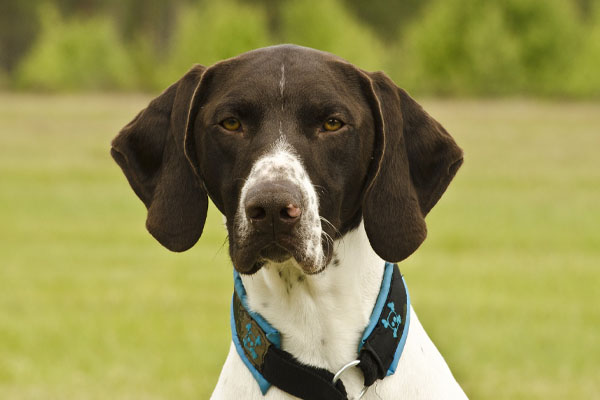