Labrador Retrievers, also known as Labradors or Labs for short, are a medium to large dog breed found in homes across the world. They are either black, yellow, and chocolate. However, breeders have produced silver Labs or fox red Labs, which have generated great debate. Regardless, the Labrador Retriever has been rated as the most popular dog for 28 years in a row. 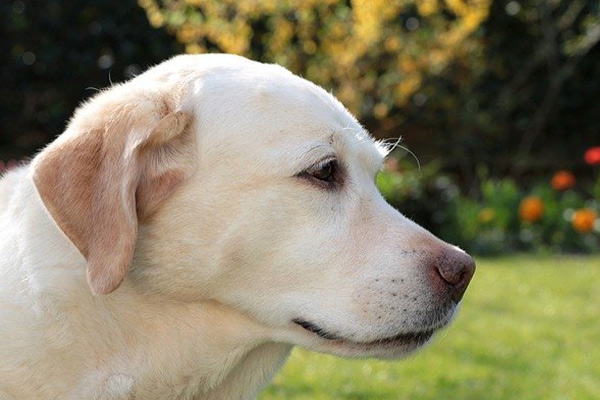 The American Kennel Club (AKC) categorizes this breed in the sporting category due to its impressive athleticism and desire to work. Their agility and endurance has made them an excellent companion for those who hunt, fish, or engage in outdoor activities. Also, they are highly intelligent and trainable which is why they are used as police dogs and as service dogs. They are calm and patient, making them an excellent family companion. Below, we share more on Labrador Retrievers.

The Labrador Retriever originates in Newfoundland and dates all the way back to the 1500s. Breeders bred small water dogs with Newfoundlands to create a new breed called St. John’s Water-Dog. They were also referred to as Lesser Newfoundlands. Fishermen used this breed to jump into icy water to bring back fish that had fallen off the hook. The St. John’s Water Dog would also pull in nets that were full of fish. These types of work suited this breed well as their oily fur repelled water and they had webbed paws, making them excellent swimmers.

The St. John’s Water Dog lived exclusively in Newfoundland until the 1800s. At this time, they were imported to Poole, England where the Earl and Duke of Malmesbury began using them for hunting. They bred them and labeled them as “Labrador Dogs”. By 1903, the English Kennel Club recognized them as a breed.

As Labradors gained popularity, many hunters and farmers from the United States used Labs in their daily life. By 1917, the American Kennel Club recognized this breed. Currently, Labs are popular family dogs, known for their affectionate and intelligent nature.

One reason that the Labrador Retriever is so popular as a family dog is due to its temperament. They are generally very calm and are excellent with children and other pets. Depending on the breeding line, some Labs are bred for their performance in the field. This lineage usually produces Labradors that are more athletic and active. They will require strict training to ensure an obedient and mannerly pup. 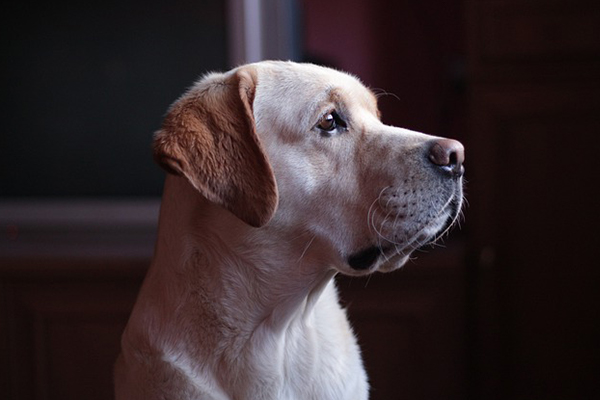 There are two lineages within this breed. One is the English line and the other is the American line. The English line tends to be calmer in nature and they are shorter and stockier in appearance. Their counterpart, the American Lab, is usually taller and has a longer face and a lighter frame. However, the AKC does not make a distinction between the two although there are two breeding lines.  Females, in general, are more independent than males whether they are American or English.

Labs are very intelligent and are easy to train. This is why they are commonly used as service dogs for those with disabilities. They are also used by the police force since they have excellent hunting, tracking and detection skills. They are extremely curious and need to have constant physical and mental stimulation. A bored Labrador can lead to destructive behavior or even escape from the yard in search of something interesting to do.

These dogs are protective and will use an “alarm bark” when necessary. Otherwise, they are generally quiet in nature. However, although they do have a calm demeanor, they do require extensive exercise. They were bred as a working dog and require a high level of activity. Therefore, if you are thinking about incorporating a Lab into your life, be sure that you can meet their mental and exercise needs. Labs enjoy swimming, hiking, and will retrieve a ball obsessively. In fact, Labrador retrievers are exceptionally fast and are known for their impressive sprinting abilities. They can reach 12 miles an hour in just three seconds. 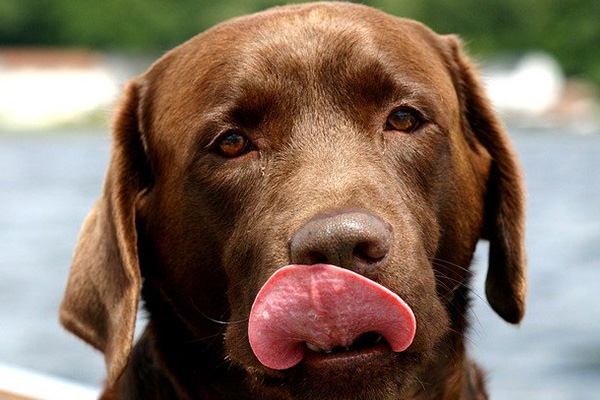