Vizslas are often called “Velcro Vizslas” because they are extremely attached to their humans. They feature a lean body covered with a sleek, golden rust coat. The Vizsla has a long, silky ears that frame their sensitive but loving facial expression.

Vizslas form tight bonds with their owners, which makes them excellent family dogs. They are also excellent hunting, sports, and even therapy buddies if you need one. It’s best to take note that this dog breed is not for everyone. They need your utmost attention, and they’ll surely get lonely if left alone. 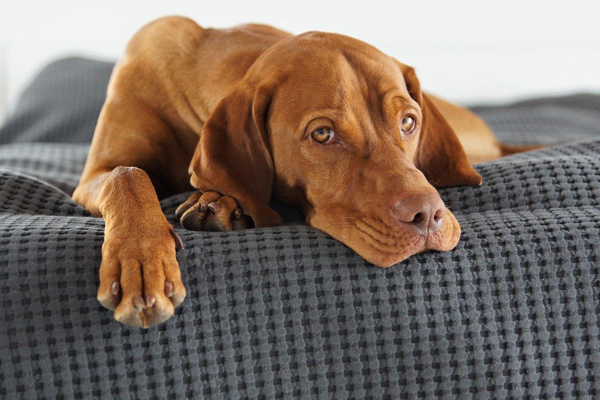 The Vizslas are purebred dogs with an ancient history. Known also as Hungarian Pointers, it’s believed that this dog breed descended from Magyars hunting dogs that existed years ago. They even appeared in 10th-century carvings accompanying huntsmen.

It’s believed that these dogs were used by nobles to hunt birds and hares, and soon after, they were developed as pointers and retrievers. They remain close to their hunters, which is probably what earned them their “velcro” reputation.

By the 19th and 20th centuries, Vizslas were known for their keen sense of smell. They were also used during the World Wars as messenger dogs. And sadly, they almost became extinct because of this.

Fortunately, the breed was able to survive, and some of them were brought to the US in the 1950s. They initially looked different than they are now. Breeders began standardizing the breed resulting in the aristocratic and noble Vizslas of today.

It was only in 1960 when the American Kennel Club finally recognized the breed. And a few years after that, a Vizsla named Chartay became the first dog in AKC to win five different sports.

Until now, they are considered one of the most versatile dog breeds, and they can surely excel in anything they do. 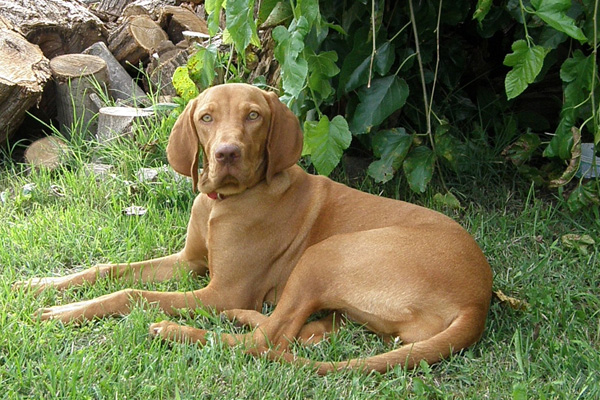 The American Kennel Club describes this dog breed as affectionate, gentle, and energetic. They make excellent family and hunting dogs at the same time. They are also brilliant and easy to train.

As family dogs, the Vizslas are good-natured and are easily attached to their humans. They particularly love lying on their human’s laps and would get lonely if left alone. They also get along well with strangers and other animals.

As hunting dogs, they require daily exercise in the form of walking, jogging, running, biking, or hunting. You don’t want this dog breed to get bored as they can become destructive.

They may be independent dogs, but they respond well to training. You can even have them participate in sporting events as they can surely excel.

Early socialization would help a Vizsla become more confident. This will also reduce his startling tendencies when he encounters new situations, people, or animals. 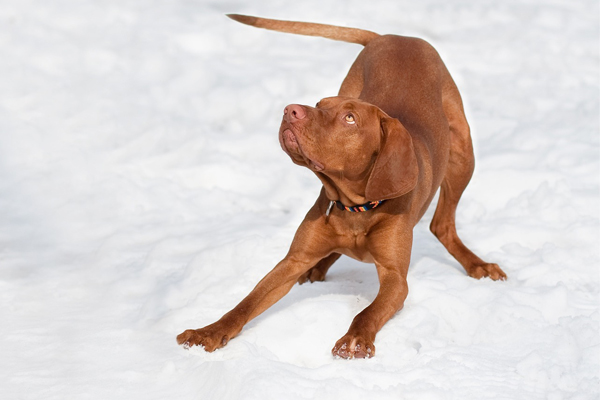 Chartay: The first dog, a Vizsla, named as AKC Quintuple Champion; she won five different championships in her career