Welsh Springer Spaniels are often described to be of handy size. They are bigger than the Cocker Spaniels and smaller than the English Springers, which makes them a great dog for any living conditions.

Although beautiful dogs, it’s best to keep in mind that these are energetic dogs with a great deal of stamina. So, unless you can cope with this big energy, you may not be a great fit. And for those who are, you surely got yourselves great family companions who would always love to keep you happy. 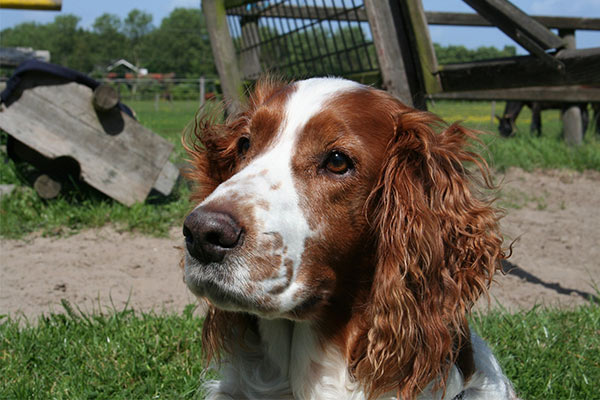 Many centuries ago, in Spain, all spaniels were called Cocking Spaniels, named after the function they performed. As the years went by, the dogs were divided into Water Spaniels and Land Spaniels. Welsh Springer Spaniels belonged to the latter.

According to early writing, the modern Welsh Springer Spaniel we see now have originated from a Welsh Cocker. This was also depicted in tapestries created during the Renaissance.

It was in the 1700s when Welsh Springer Spaniels became a favorite hunting dog by the nobles. However, by the 1800s, they were slowly replaced by English Springer and other spaniels.

The breed was recognized again during the Victorian period, and by 1902, they were recognized by Britain’s Kennel Club as a separate breed from the English Springer Spaniel. From being called Welsh Spaniels or Welsh Cockers, the breed’s name was finally changed to Welsh Springer.

It was in the late 1800s when the dog breed was imported to America. They immediately gained huge popularity and the American Kennel Club recognized them in 1906.

Now, the Welsh Springer Spaniels are still considered to be a rare breed. According to AKC, there are only about 300 puppies per state that are getting registered each year. But even if that’s the case, the breed still ranks 128th as the most popular dog breed in the US today. 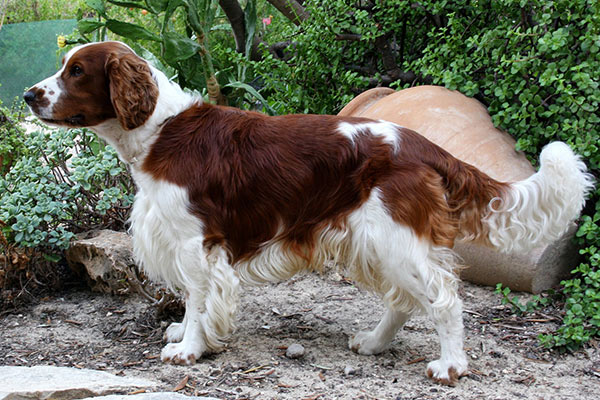 They most especially love the outdoors, which is why they’re best paired with active owners. Be sure to keep them entertained and provide them with a fair amount of exercise daily in the form of running, hiking, or biking.

If you’re able to provide them outlets where they can spend their energy, they become more well-behaved indoors. This time, you’ll be able to appreciate their love and devotion to their families. They are generally calm, which makes them excellent dogs for children.

Welsh Springer Spaniels are reserved with strangers or even with strange pets. You can expect them to bark when someone suspicious comes to your home. Because of this, early socialization is essential, so their suspicions wouldn’t lead to aggressiveness.

Early socialization will also help your dog become more well-rounded. Plus, it will help get them accustomed to new things.

Welsh Springer Spaniels are easy to train, but they can be very sensitive. You must teach them in a calm and gentle voice. Providing positive reinforcements is highly encouraged. 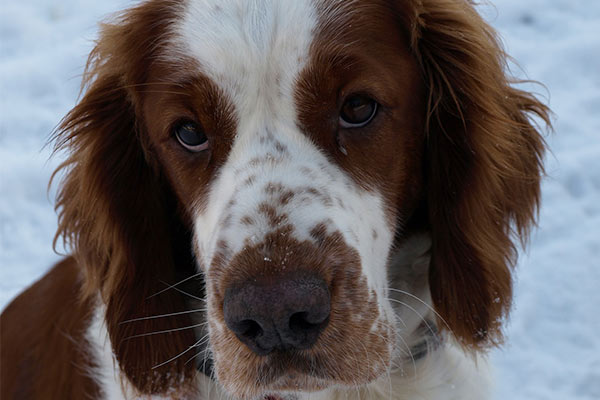