Clumber Spaniels are heavy-boned bird dogs developed to have long but low bodies. They stand at the height of 20 inches but weigh 85 pounds. Their head is larger than most of their bodies, and the Clumber Spaniel is covered with a straight flat coat that comes mainly in white colors.

Despite their awkward measurements, Clumber Spaniels are swift-moving dogs. They make excellent family companions because of their sweet and easygoing temperaments indoors. However, they are not very easy to care in terms of grooming because of their coats.

These dogs are versatile, from being hunting companions or a family friend. If you happen to be an excellent fit for them, you have undoubtedly found a companion who will give you all his affection and loyalty. 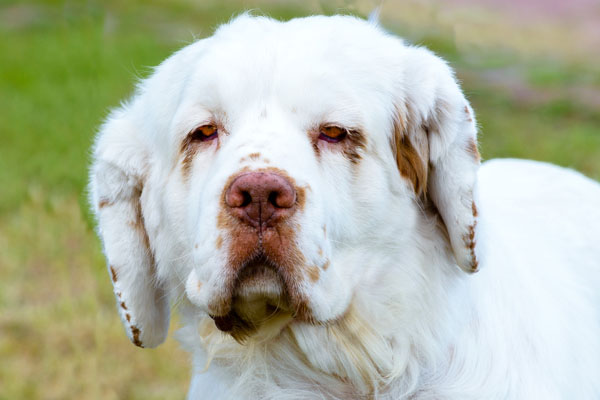 Clumber Spaniels are believed to have originated from France. According to the story, the dogs reached England because French Duc de Noailles shipped his entire kennel of spaniels to the Duke of Newcastle during the French Revolution. His purpose is to save his prized dogs.

There is no knowing if this story is true other than the painting in 1788, a year before the French Revolution. The painting shows the Duke with several dogs that resemble the Clumber Spaniels.

Clumber Spaniels got their name from a large estate of the Duke of Newcastle, Clumber Park. The breed was shaped to be excellent hunters, renowned for their stealth and silence. They became excellent partners for noble hunters.

By the end of the 19th century, the breed’s popularity rose around England that even royalties loved them. When King Edward VII started breeding the breed, the dogs became a fashion statement and was also one of the dog breeds first exhibited in dog shows.

By 1844, the first Clumber Spaniel was imported to America, and by 1878, they were recognized by the American Kennel Club. It took years before the Clumber Spaniel Club of America was formed in 1972, and now the dogs rank 143rd as the most popular in the US.

Clumber Spaniels are mellow, amusing, and gentlemanly dogs. Their personalities vary depending on who they’re faced with or what the circumstances are.

Generally, these dogs are quiet workers. But they do love to play, especially puppy Clumber Spaniels. As these dogs mature, they are more satisfied to stay indoors and sleep. However, you shouldn’t allow this.

Clumber Spaniels need to get their feet moving. You don’t have to offer strenuous exercises as this will stress them out. A good 20 to 30-minute walk should do, and this will also make a good bonding for both of you.

These dogs have clownish personalities that they often show to the family members only. They are also known for being sweet and gentle, especially with children, and they can live happily with other pets they grew up with.

Their attitude toward strangers is usually reserved or aloof. They will bark when someone suspicious comes to your house, but they are never aggressive. They will make excellent watchdogs, but they are not the guard dog type.

Socialization is important in maintaining a stable temperament. If you want your dog to be more well-rounded, get him accustomed to anything new – allow him to meet new people and animals, visit new places, and experience new things.

As these dogs are stubborn, consistency in training is much needed. You shouldn’t use harshness or force, as this may only make things worse. Instead, give him lots of positive reinforcements, especially food and praises. 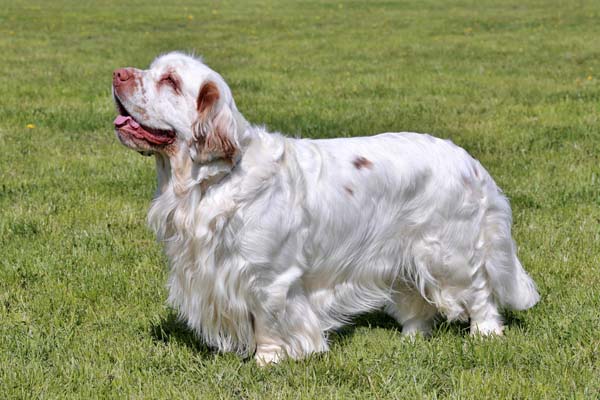