Golden Retrievers are medium-sized dogs initially bred for bird hunting specifically for waterfowls. They are famous for having a dense, lustrous coat of gold, hence the name. The Golden Retriever is one of the most popular dog breeds in America.

They are known as serious workers at hunting and fieldwork, blind guides, and even in search and rescue. They are also very obedient, enjoy competition, and love life when they’re not working.

Golden Retrievers are outgoing, trustworthy, and eager-to-please. They make great family dogs and are also easy to train. They are joyous, playful, and even maintain their puppy behavior until they are an adult.

History Of The Golden Retriever

There was a legend that Golden Retrievers descended from Russian sheepdogs, However, this is far from the truth.

Golden Retrievers originated from Scotland in the mid to late 19th century at the highland estate of Lord Tweedmouth.

During those times, hunting of wildfowl was highly popular among the wealthy Scottish Gentry. However, hunting grounds are marshy and have ponds, streams, and rivers scattered. The existing retriever breeds at those times lacked the necessary skills they needed to retrieve birds from land and water.

Lord Tweedmouth, just like any Gentry, bred a lot of animals to get that perfect breed. And in the year 1835 to 1890, he started aiming to produce an ardent fowl hunter, one with a keen sense of smell, attentive as a human hunting companion than the other breeds used at the time. He also wanted the breed to be loyal and even-tempered.

To try and breed a working dog with these specialized skills, retrievers of those times were bred with spaniels. So, in the mid-1890s, Lord Tweedmouth acquired Nous, a yellow wavy-coated retriever. He then bred Nous to Belle, a Tweed Water Spaniel, which produced four puppies, which became the basis of the breed we know now as Golden Retrievers.

These descendants are then crossbred with wavy- and flat-coated retrievers, tweed water spaniel, and a red setter. Of course, Tweedmouth kept the yellow puppies and gave the non-yellow ones away so he can continue breeding.

Golden Retrievers have a well-mannered temperament, which makes them great family pets. They are generally friendly, playful, obedient, and intelligent.

They are extremely active because they love to play. They enjoy morning walks, so you should give them at least two brisk walks in a day. You can also play fetch (since they are hunting dogs), and go for a run at least once in a week.

One great thing about this dog is they mature slowly. Their puppy-like personality will remain with them for many years, so you should instill good manners at an early age.

Their playful personality would require you to bring them on family vacations as they can quickly get sad without people around them. You don’t have to worry about them surrounded by strangers. Goldens are friendly dogs, and honestly, you can’t expect them to be good watchdogs.

As you might observe, Golden Retrievers always appear smiling, and they usually wag their tails in happiness. Also, keep in mind that they love to chew, so always have a toy near them if you don’t want your furniture to be their next target.

They are eager to please and are responsive. However, they can also be easily distracted by exciting sights and sounds.

So, if you want to have a Golden Retriever, prepare to be patient and persistent.

Care Requirements For A Golden Retriever

Golden Retrievers are large and active dogs with a big appetite, too. Make sure that you feed them with a high-quality diet that provides all the nutrients they need.

You must watch their calorie intake so they won’t get overweight. The National Research Council of the National Archives recommends between 989 and 1,272 calories a day for non-active golden-retrievers. Active ones will need to intake between 1,353 and 1,740 calories a day.

For feeding choices, you can give them the following:

Usually, commercial dog foods labeled “complete and balanced” already meet the standards of the Association of American Feed Control Officials, and already ensures that your dog will receive a balanced diet.

However, if you want to feed homemade diets, you must consult your veterinarian before trying to feed them anything.

Golden Retrievers have great flowing, golden, thick, and soft fur, and this usually sheds once or twice a year. To keep the coat shiny and beautiful, it will also require regular grooming. So how do you do this?

Start by brushing your Golden Retriever from head to toe. Remember to spend more time in areas with thick fur. Brush your dog every week to prevent the coat from getting matted. But if there is, remove them with a pair of scissors (be careful).

Then, bathe your golden retriever with warm water and dog shampoo, rinse thoroughly, dry them, and comb them again. If your golden retriever is too dirty, then you can bath them first before grooming them. And if they’ve just been recently cleaned up, no need to bath them. Bathing them once or twice a month is already enough.

Golden Retrievers are originally bred as hunting dogs, so it’s natural for them to need exercise too. Plus, with their playful personality, it would be impossible that you won’t end up playing with them in a day.

For an adult golden retriever, a good one hour exercise every day is needed. But also, it depends on how healthy your dog is. Energetic dogs might require 2 hours a day, while those that have low energy can only take 45 minutes of exercise. Whichever doesn’t matter, the only important thing is that you take your golden retriever out for a walk regularly.

Golden Retrievers are playful, and they require a lot of attention to stay healthy.

One of the most serious diseases that Golden Retrievers can get is cancer. According to statistics, 60% of golden retrievers die of this disease. So, if you’re getting this breed, you might need to take them to the vet twice a year.

Another disease is hip and elbow dysplasia. This is an abnormal growth and development of the ball and socket joint in the hips. For Golden Retrievers, they might continue to act playful despite being in pain, so they also need to be checked if you observe sudden stiff and slow movements.

The last serious issue is something that you can do something about, and that is separation anxiety. Being playful, loyal, and courageous, they love being around people. If possible, they shouldn’t be left alone in homes as they easily get lonely.

Other health problems that can occur are hypothyroidism, eye disorders, and seizures.

The lifespan of Golden Retrievers is between 10 and 13 years. 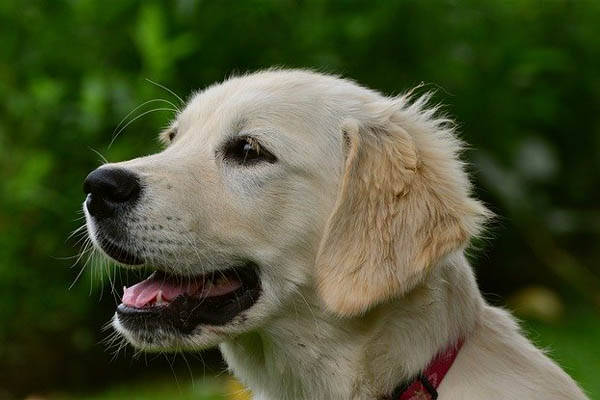