Beaucerons are large to giant-sized dogs that stand at a height of 27 inches. These are muscular and rugged dogs known for their dark black coats with red accents. The Beauceron has long chiseled heads and eyes that scream confidence. However, these dogs are mostly distinguished by their long tail and double dewclaws as written on their standard.

Beaucerons are not an excellent fit for first-time owners. They require someone confident and firm to show them dominance. If this is not you, you might end up following this dog instead. But if you happen to be the right fit, expect to have levelheaded watchdogs and guardians for your homes. 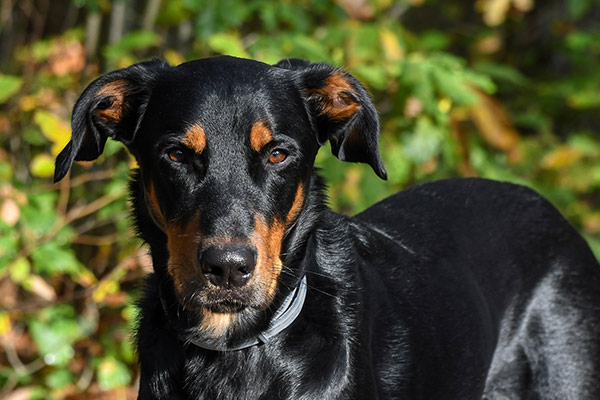 Beaucerons were originally developed around the 1500s in France. They were working dogs and were originally called “Berger de Beauce.” The dogs were also useful as hunting dogs, herding dogs, and guardians of the flock.

Even though the dogs were developed long before, it was only around the 1800s when they were shown in public.

According to historians, it was in 1863 when a man named Pierre Megnin identified two types of French Sheepdogs – Briard and Beauceron. In that same year, the Beauceron was shown in a dog show in Paris. A year later, both dogs were accepted inside a newly founded shepherd dog club.

By 1889, a breed standard was set, and in 1911, a separate club was formed for the Beauceron. Since then, Beauceron dogs were used as herd dogs and were also very useful in military and police work. They were also helpful during World War I. Even the British War Museum displays a Beauceron dog’s photo jumping over a trench.

The breed slowly gained popularity in Western Europe and North America. By 2007, the American Kennel Club finally recognized the dog breed. It ranks 124th as the most popular dog breed in the US and makes excellent family dogs. 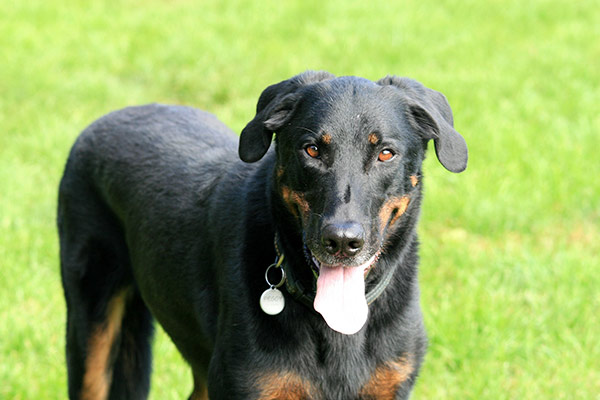 Beaucerons are gentle, faithful, and obedient dogs. The way they stand and their eyes speak of confidence, which is true to this breed.

These dogs are generally even-tempered. But even if they are a serious dog breed, they are very athletic and require hard exercise. A walk around the block would not be enough.

It’s essential to give them the right amount of exercise until they get tired (but not exhausted). This will help keep them behaved indoors. If given too little exercise, they can become very destructive.

Keep toddlers away from them. Their size and active nature may cause them to injure your kids accidentally, so keep a close watch. However, with older children who know how to behave, they’ll be great playmates.

They love their family, and they are extremely loyal and dedicated. Their protective and watchful nature makes them aloof and discriminating with strangers. It’s crucial to socialize them at an early age so that this behavior won’t lead to aggression.

Beaucerons are also territorial dogs when it comes to other animals. It might be best if they’re the only dog in the household, but if not, make sure they are properly introduced.

Training can be challenging, so it’s essential to have someone firm and confident as the Beauceron’s owner. These dogs love being dominant, and they will try to do things in their own way. You will need lots of patience, and you should make sure that you don’t treat them harshly. 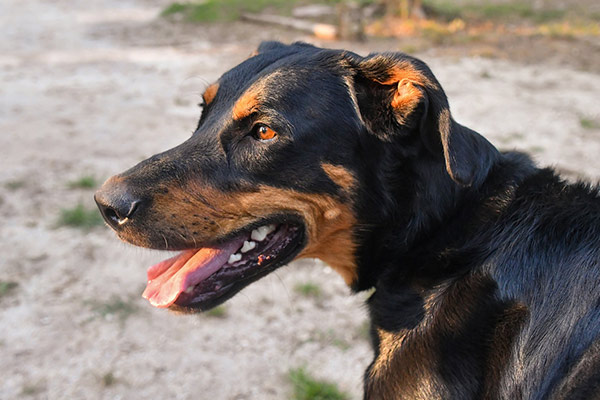