The Australian Shepherd, or Aussies in short, is known as the cowboy’s herding dog of choice. They are medium-sized dog breeds that feature a striking merle coat that comes in blue, red, black, or red. Most of them also come with two beautiful eye colors, which a lot of people adore.

They are highly energetic who enjoy working and sports activities such as agility, flyball, herding, or tracking. They are very intelligent and are one of the smartest dog breeds. If you are not careful, they can easily outsmart you.

History Of The Australian Shepherd

It was in the 1800s when these Basque people brought these dogs to Australia. During this time, the Australian continent started booming for its fertile pasturelands for cattle ranching, and the Basque Shepherds wanted to try their luck in herding. From Spain, the Basques traveled to Australia with their shepherd dogs.

Throughout the years, during their stay in Australia, they started refining the Pyrenean Shepherd dog breed to adapt to their needs in a new continent. They started crossbreeding it with British imports like Collies and Border Collies. When they finally got what they were looking for, the Basques left Australia for a greener pasture in California.

The Californian people immediately fell in love with Basques herding dog. Thinking they were from Australia, they named the dog breed, Australian Shepherd.

So, in America, the Australian Shepherds’ popularity continued to rise, especially with the cowboys. While some Aussies continued herding, most started showing their talents in rodeo and horse shows. Other than that, they became useful service dogs as they are very versatile – therapy dogs, drug dogs, search and rescue dogs – you name it, the Aussies got it.

According to the American Kennel Club, Australian Shepherds are smart, work-oriented, and exuberant. They are working dogs, and love having responsibilities or something to do.

Aussies also have this dominant nature where they can be pushy. They also love exhibiting this dominance with other dogs. They need someone firm and confident to act as his leader so he can follow through. If you’re the timid type or a first-time dog owner, then this attitude might be something you’ll find hard to control.

Another thing you’ll notice is they have a massive amount of extra energy to spend. They need exercise – physical and mental. You can create several activities that you can do with him daily. Activities such as walking, running, frisbee, and fetch are things you can do to help him fight off boredom. When Aussies aren’t able to do anything, their destructive nature might show.

They make excellent family dogs, and would undoubtedly demand attention from you. Therefore they are best fit for those who don’t stay out often, or with someone who loves to travel and would take him along. However, if you have kids, don’t leave them with the Aussies as these dogs sometimes tend to herd children as well.

Early socialization and the right training will prevent the bad temperament of the Aussies from showing. Also, it’s best to see the parents, so you will know what possible attitude you want to watch out.

They are very intelligent and excel in any competition if well trained and taken care of properly. They’re not a breed for anyone, but for those who think they are a fit, the Aussies will surely brighten up your day. 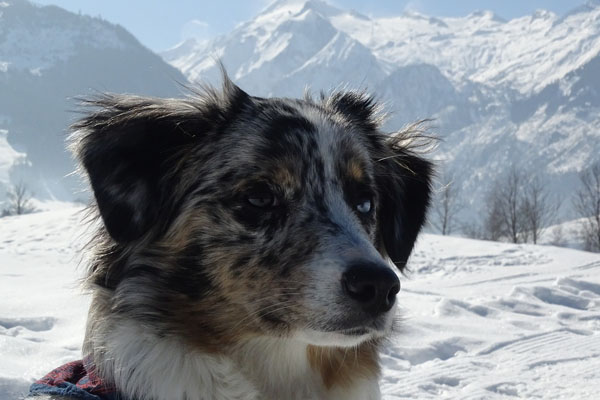