The Cardigan Welsh Corgi is another breed of Welsh Corgi that is larger than the Pembroke Welsh Corgis. These dogs stand at the height of 12.5 inches maximum. They have a sturdy bone, short legs, a deep chest with coats that come in various colors – red to blue-merle. The most distinguishable characteristic of the Cardigan Welsh is its long, thick tail and round ears. 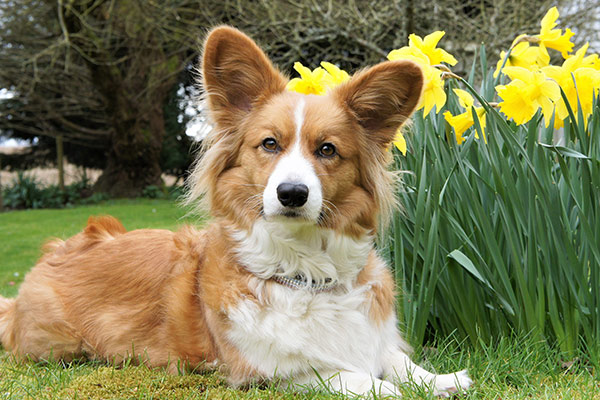 The Cardigan Welsh Corgi is believed to be older than the Pembroke one. These dogs are known to have existed around 1200 BC in Wales. They were brought by the Celtic tribes who migrated from Central Europe.

The Cardigans were developed as an all-around farm-dog in Wales. They helped in herding, guarding, and driving cattle during the day, and they were excellent human companions at night. Farmers treasured them as they were essential in their financial well-being. They loved the dogs so much that penalties were given to anyone who would harm or steal one of these dogs.

It was only in 1931 when the two breeds were separated, and immediately the next year, the American Kennel Club officially recognized the dog breed. At around the same time, the Cardigan Welsh Corgi Club was founded too.

Now, the Cardigan Welsh Corgi ranks 68th popular dog breed in the US. These dogs also excel in dog shows with a few appearances in the movies.

The American Kennel Club describes the Cardigan Welsh Corgi as affectionate, loyal, and smart. At present, Cardigans don’t herd cattle anymore, but their instinct for it remains. They are tough working dogs and are happier if given something to do.

With their enthusiastic personality, they need to have an outlet to spend their energy. If given enough exercise, they’ll be great indoor companions and won’t cause any problems.

Cardigan dogs are generally adaptable and easy to live with. They are excellent family companions and are great friends for children. They also do well with other pets, especially if you have livestock or horses.

These dogs are also known to be territorial with animals they don’t know. They are also less friendly, so you can expect them to be reserved towards strangers. They make excellent watchdogs and will bark if he detects anything suspicious.

Training may turn out challenging for the Cardigan Welsh Corgi. They are known to be independent thinkers and would find a way to get what he wants. They need someone who is firm and confident to make him obey.

Early socialization would help in making them more well-rounded dogs. Expose them to different people, sights, and sounds before they turn four months old, so they’re more accustomed to it. 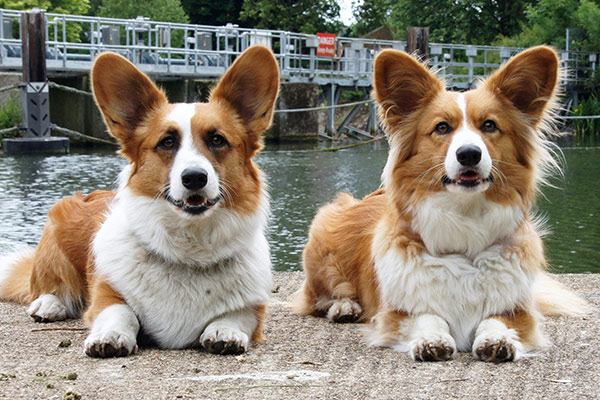