Briards (also called Berger de Brie) are large to giant-sized dogs known for their gray, brown, or black, wavy coats. Their heads are topped with what people call a peek-a-boo hairdo that is naturally parted in the middle. They also feature a luxurious beard and eyebrows that always give them a questioning expression.

Most people say that Briards are “hearts wrapped in fur” because of their lovable personalities. They make great family dogs, and they are very devoted dogs. They will follow you around in whatever you do, but they are also not overly dependent. 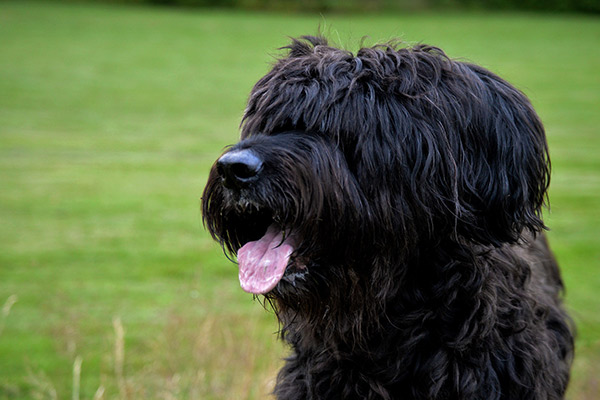 Briards are ancient dogs that originated from Northern France in the 8th century. They were known as Chien Berger De Brie, which was derived from its place of origin, the region of Brie. These dogs were believed to have been bred as two-in-one dogs. They have two main duties – guarding and herding livestock, mainly sheep.

By the 1800s, Briards were known to be cherished by the French institution. So, in 1865, it’s not surprising that they were included in the French’s first dog show.

Napoleon is known to be one of the fans of the breed. Briards even played a significant role during the First World War as sentry dogs and rescue dogs. It’s no wonder that the breed was named to be the official breed of the French army.

It is believed that the breed came to the United States through Thomas Jefferson. According to the story, he was able to acquire a pregnant Briard named Bergere in 1789. Bergere and her litter are excellent all-around working dogs.

These dogs were then further bred and became the foundation of Briards in the US. By 1928, the American Kennel Club recognized the dog breed and now ranks 132nd as the most popular breed in the US.

Briards are described to be confident, smart, and faithful dogs. Their temperament can range from being serious to clownish dogs, which will truly make your day.

These dogs are known to be athletic and agile, very true to their origins as all-around working dogs. They need to be exercised daily, both physically and mentally, so they remain healthy and happy.

Briards are affectionate and devoted to their families. They love participating in family activities, and despite their large size, they are practically indoor pets. Briards would prefer being curled up in his own bed beside you, so make sure to take them out to exercise.

As part of the reason they were originally developed, Briards are protective. They are aloof and discriminating with strangers, so expect them to remain watchful when someone new visits your home.

Briards can also be territorial when it comes to strange animals. But they get along well with pets that grew up with them. They are also great dogs for families with kids as they are known to be gentle with children.

It’s essential to socialize these dogs early, so they maintain a stable temperament. This will help control any sign of aggression and make them more well-rounded.

Briards are independent, so training may not come as easy. They require someone confident and consistent with providing firm leadership. However, you should also be careful about crossing the line and becoming harsh.

These dogs are very sensitive and should be handled lightly. They don’t easily forgive, so remember to bring a lot of patience so you won’t hurt them. 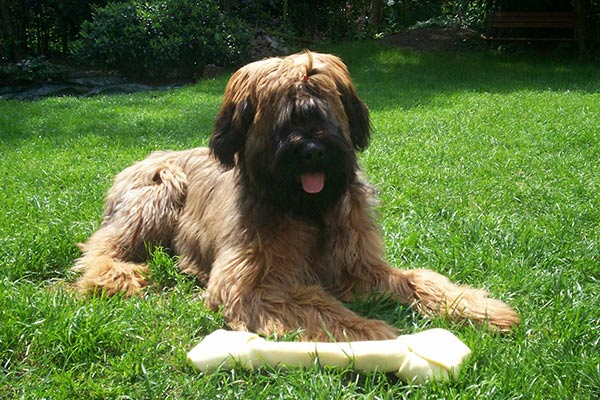