Norwegian Buhunds are medium-sized dogs that usually stand at a height of 18.5 inches maximum. The Norwegian Buhund is a spitz-type dog that features prick ears, a fox-like face, tails that curve at the back, and thick coats that come in wheaten or black colors.

Norwegian Buhunds are known to be alert and energetic dogs that need plenty of exercise. If you are active and love the outdoors, then these dogs would be perfect companions. These dogs love people, and they would be best to stay indoors and be with family. 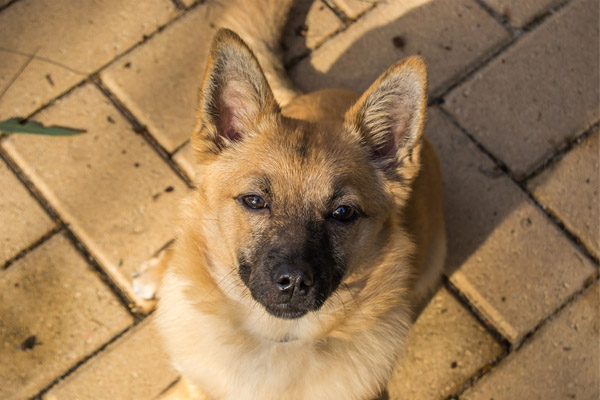 Norwegian Buhunds are ancient dogs whose true origin was never recorded. They are believed to have been in Norway for centuries and have accompanied Vikings as far back as 900 AD. The remains of Spitz-like dogs were found in Viking graves, which determines that they were highly-prized dogs.

The modern Norwegian Buhunds were developed in the Rogaland region in Norway. They were mainly used as versatile farm dogs with two main duties: guarding families, flock, and farms, and herding livestock such as sheep, cattle, and reindeer.

Although these dogs have been around for centuries, it wasn’t until the 1920s when they were first exhibited in a dog show in Norway. By 1939, a breed club was founded.

As early as the 1980s, the breed was imported to the US. However, it took longer for the American Kennel Club to recognize the breed in 2009.

It currently ranks 165th as the most popular dog breed in the US. They are still considered rare in the US, but they are still known to help farmers in Norway as an all-around working dog. 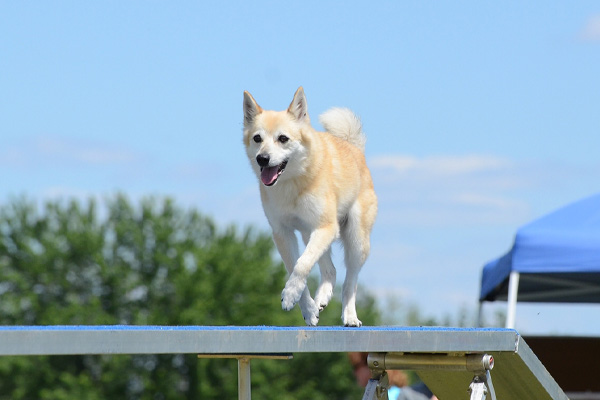 Norwegian Buhunds are confident, smart, and perceptive dogs. They are happy-go-lucky and playful dogs that love to run around if you let them.

You must give these dogs lots of physical and mental stimulation. This makes them an excellent fit for active families who can give him opportunities to run, hike, bike, and play.

They love people, and they most especially love attention and companionship. Include him in your family activities. They are not the dogs that you can leave alone without any form of entertainment. If you do, then they can become destructive.

These dogs are loving and affectionate with their owners. They also make excellent playmates for children. However, toddlers would need close supervision. With their herding instincts, they might chase around smaller pets in the house or even your children.

Norwegian Buhunds can be polite or wary when it comes to strangers. They make excellent watchdogs, so expect them to bark when they sense something suspicious.

Training can be quite challenging as they have independent tendencies. You need to be consistent and firm if you want this dog to follow what you want instead of the other way around. Socialization should also start at an early age to make them more well-rounded.