The Canaan Dog is a medium-sized dog that stands at a height of 24 inches. They have square bodies covered with a thick coat that mainly comes in white color with additional color patches. Some also come in solid colors that range from black to several shades of brown.

Canaan dogs are known to be loyal and affectionate to their family, which makes them excellent companions. They’ll also be great dogs for those who don’t have the time to play with them as they can be very independent. However, you should take note that they shouldn’t be left alone in the backyard.

These dogs enjoy the company of people and will make excellent guard dogs. You need to be confident and firm if you want to own one, and you need to dedicate time to train and socialize them. 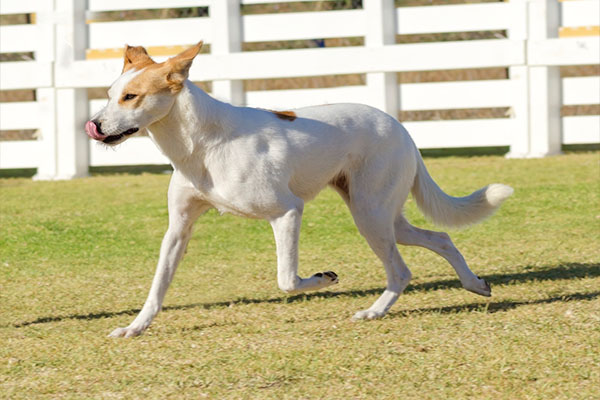 The origin of Canaan Dogs can be traced back to Canaan (ancient Palestine and Phoenicia) around 3,000 BCE. This place is known for its spacious land of milk and honey, and flocks of sheep and goat just spread everywhere.

It was the CanaanDogs’ duty or were initially named Kelef Kanani to guard the flock. It is believed that the modern Canaan dogs descended from this breed, but the looks also changed as the years went by.

When the Romans came, the Canaan inhabitants were left with no choice but to disperse to different areas, leaving the dogs unemployed. The dogs have spent years roaming around the desert and not known by the world.

They lived a feral lifestyle, surviving the harsh conditions of the desert on their own. This sculpted them into a tough athlete that is perfectly suited in the desert environment.

Menzel and her husband managed to capture Canaan Dogs as months passed. When they had enough dogs, they trained them for sentry work, land mine detection, and delivering messages. They were also active dogs that helped the Middle East Forces during World War II.

By 1948, the Palestine Kennel Club recognized the breed and was able to register 150 dogs. By 1965, the first of the breed was imported to the US, and a Canaan Dog Club of America was immediately founded.

By the year 1997, the American Kennel Club finally recognized the dog breed, and they now rank 179th as the most popular dogs in the US. Though they are still considered rare, it’s undeniable how excellent their skills are. 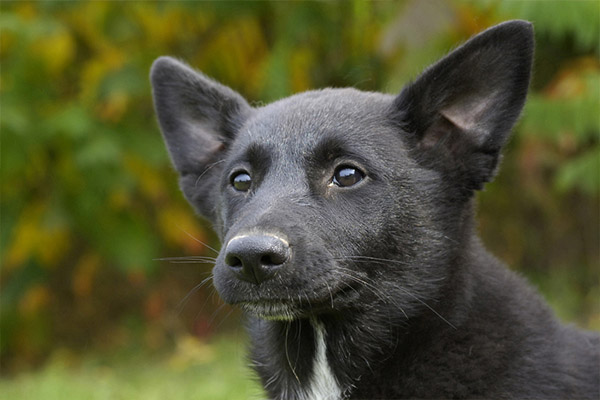 Canaan Dogs are confident, alert, and vigilant dogs. They are devoted and docile to his family, gentle to children, and get along well with the pets they grew up with. They are the type that doesn’t desire your physical affection as they are self-reliant and independent.

They are athletic and will be great dogs to have if you wish to participate in agility races. That is if you can train him. They are fast-moving and light-footed dogs, so keep them in a leash when you wish to walk him out.

These dogs retain their primitive instinct – vigilant, wary of strangers, territorial, and distrustful. Canaan dogs are always aware of their surroundings and will alert you when they sense a threat. These qualities make them excellent watchdogs.

But make sure to socialize them early, so they don’t become aggressive, shy, or fearful. Socialize them to new people, places, sights, sounds, and experiences so they’ll get accustomed to it. This will also help build up confidence and make them more well-rounded.

Other primitive instincts found in these dogs are strong prey drive and digging. If you let him free in your backyard, supervise him to ensure that he won’t dig up holes. You should also have securely fenced yards, so he doesn’t chase the first small animal they see.

As intelligent dogs, Canaan Dogs are quick-learners. That is if you are confident, consistent, and firm. Show your dog that you are the leader of the pack, so he follows you.

Although they don’t need constant petting, they need lots of training to stimulate their minds and bodies. Keep him occupied with things to do so he doesn’t become bored and destructive.